How do you conduct a serious educational wine tasting (that’s also fun) with a group ? Wine, food and travel writer Linda Kissam is with us to explain.

Quality Italian beef, pasta, and sustainable seafood are on the menu at the newChianina Steakhouse in the Naples area of Long Beach. This is from the hospitality team known for Michael’s on Naples. Linda Kissam recently experienced a dinner there.

The craft beer movement, surprisingly, is vibrant and thriving in Alabama. Back Forty Beer Co. is the largest, and oldest, packaging brewery in the State.

All of this and lots more absolutely incredible deliciousness on Saturday’s show! 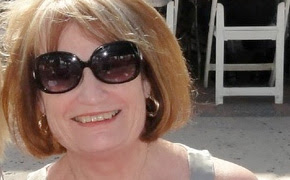 How do you conduct a serious, educational wine tasting with a group that’s also entertaining and fun? Wine, food and travel writer Linda Kissam is with us to explain. She organizes tastings all the time…

She expertly demonstrated this recently for a group of professional food, wine, and travel journalists at the annual conference of the International, Food, Wine, and Travel Writers Association in Montgomery, AL.

It was an organized tasting of five Italian Sparking Wines.

It’s fun but there is a proper way of doing this.

She also explains what the International Food, Wine, and Travel Writers Association does and what their mission is. Linda serves as their First Vice President. 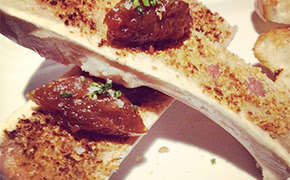 High-end steakhouses with a serious bar and deep wine lists are very much in fashion these days.

How about an elegant steakhouse that serves limited availability, high-quality Italian beef, prime steaks, and sustainable seafood? There is also a well-regarded executive chef (David Coleman) overseeing things. We’ll be meeting the General Manager ofChianina Steakhouse in the Naples neighborhood of Long Beach, part of the ever expanding Michael’s Restaurant Group. We’re joined by Alejandro Duran of Chianina.

Chianina beef will soon be on their menu. 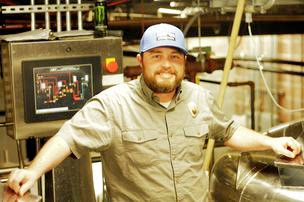 Founded in 2009 by Jason Wilson, Back Forty Beer Co. is one of the oldest Alabama breweries and the first to distribute outside of the state. Back Forty beers are available statewide in Alabama, Florida, Georgia and Mississippi. The brewery is located in Historic Downtown Gadsden, Alabama.

“In 2008, after several years in the corporate world and with over 150 brewery tours under his belt, founder Jason Wilson reached out to renowned Brewmaster Jamie Ray and asked for his help in developing recipes for Back Forty Beer Co.

The goal for the liquid was simple – to expose Southerners to the same craft beer culture that Wilson had been part of for the last ten years. This meant starting out with classic beer styles and evolving with customers along the way. Jamie agreed and in January of 2009 he became Back Forty’s first employee.

In June of 2009, Back Forty released its first offering, Naked Pig Pale Ale. The beer was only available in the North-Central Alabama home market, but the response was overwhelming. In March of 2010 the second Back Forty offering hit the shelves, Truck Stop Honey Brown Ale. Later that year Truck Stop Honey was awarded a Silver Medal at the Great American Beer Festival, and in the weeks following, distribution offers poured in that allowed Back Forty to expand its coverage throughout Alabama.

Jason revealed the great news that it looks like Back Forty Beer Co.’s styles will be available in Southern California by year’s end. We’ll keep you posted… The 36th Annual Greek Festivalbrings a “Taste of Greece” to Orange County at St. Paul’s Greek Orthodox Church from June 27th to 29th. More than 11,000 guests are expected to attend the three-day festival which will feature traditional Greek cuisine, wine tasting, live music, and authentic Greek dancing with lessons. It’s a family-friendly affair!

As guest host Linda Kissam notes , “It’s the next best thing to flying to Greece.”