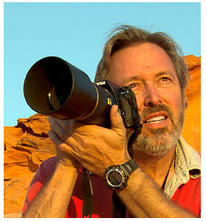 Phoenix, AZ  – Arizona based master photographer Kerrick James has announced his first series of 2014 Photo Safaris which include a 5 day/4 night tour of spectacular Havasupai Canyon with its majestic waterfalls and Grand Canyon scenery. International journeys include a July tour of the Swiss Alps, and exploration of the pristine backcountry of southern New Zealand. These tours are featured on his newly launched websitewww.kjphotosafaris.com. Kerrick  has photographed the American West and Pacific Rim for over 25 years as a travel journalist, with more than 200 magazine and book covers and hundreds of feature articles. His credits include National Geo Adventure, Arizona Highways, Sunset, Popular Photography, Conde Nast Traveler UK, Alaska Airlines Magazine, VIA, Delta Sky, EnCompass, Outdoor Photographer and many more.

In the past decade Kerrick has taught nearly 50 photo workshops in a wide variety of locations in Arizona, Alaska, Montana, Utah, New Mexico, Hawaii, California, Baja California, Costa Rica, Panama and Zambia. He’s taught for Arizona Highways Photo Workshops, on cruise ship based trips, and now, his own company, KJ Photo Safaris. Kerrick is an active member of SATW (Society of American Travel Writers), TEOE (Through Each Other’s Eyes), and he serves as president of TJG (Travel Journalist Guild).

Check out the Top 10 Adventures in Gulf County, Florida.